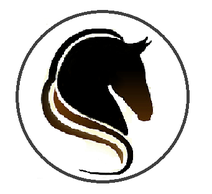 Aiyshah Sadira is a gorgeous mare with very nice modern Crabbet lines. She is by Masjid, son of the Supreme Male Champion, Bright Shadow. Bright Shadow was by Radi, a great sire. Masjid's dam was Naxindra, a very good broodmare. Her sire was the very influential stallion Indian Gold. Masjid's lines also include Skowronek through Naxina.
Aiyshah's dam is Silvern Dream, daughter of the great sire Silvadoris. He is a grandson of Riffal (through Oran). Silvadoris' dam was Silver Magic, daughter of the very good broodmare Silver Fire. Silvern Dream's dam is Silver Ripple, daughter of Silver Vanity, whose lines include Riffal and Indian Gold.
Aiyshah Sadira is a very promising broodmare and a great asset to our program with so much Indian Gold in her pedigree. She is a great match for our heavily Sindh bred horses, as she carries no lines to him. 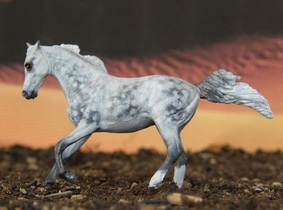 Saheeba is a very nicely bred mare with older Crabbet lines of Australia combined with the modern Crabbet lines. Her sire is the very nice stallion Silver Prince, owned by Cherox Park. He was the ABRB 2011 Adv'd Champion Arab Stallion. His progeny include G1 winners and Champion Arab mare Aaliyah. Silver Prince was by Halal, son of the very good sire Hanif. His dam is Silvern Image, daugher of the great broodmare Silvern Dream. Silver Prince's lines also include Radi and Riffal, both influential sires within the Crabbet strain.
Saheeba's dam is the very nice G3 race winning mare Farasha. She produced a couple of very nice foals, good racers too. We have high hopes for Saheeba to win on the racetrack. Farasha was by Royal Image and out of Zahra. Royal Image's lines go to Riffal and the great Sindh . Zahra's lines include Sindh through her dam Chiffon. Her sire Baz was out of Barada II, a very important dam line in Australia.
Saheeba is a very lovely mare with so much potential to produce good bloodstock and racers. She crosses very well with both modern Crabbet lines from the UK and older lines.

This section is for mares that have been pensioned, retired or have passed on, but who still have years available for breeding. Breeders may find these useful to establish older breeding stock.

1982 - 2007, 14.2 hh Crabbet Arabian mare.
Bay ~ Ee/Aa
[Rasham ® x Wellworth Leilani ® (by Morocco ®)]
Very nice bay mare with a beautiful solid pedigree behind her. Lines include Royal Diamond, Sindh, Riffal, Rissalix and Indian Gold. Hadiyyah (her name means "gift") is an outstanding broodmare. Very good lines which include most of the great Crabbet sires and dams. Hadiyyah crosses very well with stallions of the Silver Vanity lineage. Hadiyyay is known for passing on her very refined head and features.
Available for breeding to Arabian stallions.

1980 - 2012, 14.3 hh Crabbet Arabian mare.
Grey (bay) ~ Ee/Aa/Gg
[Razmak ® x Seranix ® (by Ranix ®)]
Narralix was a very beautiful mare of older Crabbet lines. She carries the great sire Rissalix twice up close in the 3rd generation of her pedigree. She also carries many lines to Nureddin II and Skorownek. Narralix is a rare outcross on the popular Riffal, Sindh and SIlver Vanity.
Available for breeding to all Arabian stallions. Other breeds considered upon request.