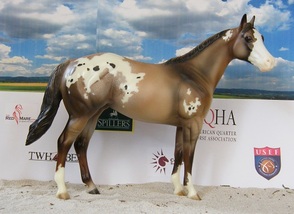 Bigmac's Cover Girl is a fine example of a halter-bred Appaloosa, which is not surprising when you look at the breeding behind this mare. Bigmac's Cover Girl was sired by one of Indigo Creek Stables' best Appaloosa sires, Fleetwood Bigmac ZI. He was NAN qualified multiple times and has many ROMs and LOMs to his name with different organisations. Fleetwood Bigmac ZI was by the World Champion stallion, Prince's Macdonald. His lines trace to Prince Plaudit, the ApHC World Champion Stallion. Fleetwood Bigmac ZI's dam was the Quarter Horse mare Shirley's Bit, whose pedigree includes Pasamonte Paul and Nick W.
Bigmac's Cover Girl's dam is the multi NAN Qualified mare, Dun In Blue. She is a daughter of the Quarter Horse sire Dun Buzzi ZI, who holds IPABRA Supreme Champion and Gold Medallion Sire status. His lines go to the AQHA Champion Poco Bueno, and King. Dun In Blue's dam was ZI Steelblue Fly, a multi Grand Champion with Supreme ROM and LOM awards. She also earned the Superior Horse Award and 61 Top Ten titles! ZI Steelblue Fly's lines go to Skipper W and Prince Plaudit.
Bigmac's Cover Girl is the perfect mare to breed good quality halter Appaloosas with - although halter-bred, she is not overly muscled and her legs are well conformed. Produces coloured foals most of the time! 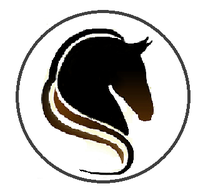 Workin' That Magic is a very nice halter mare bred by Gubbera Park. Her sire is Shelf Life, who was a G1 race winner in his younger days, and a great halter horse at a later age. He sired multiple G3 race winners and several live and photo show champions as well. Shelf Life is a son of Red Wolf Ranch's great stallion Itsallin Blacknwhite, who was an IMEHA Premier Champion, NAN Qualified and sire of model champions. He was sired by Mr Rustler Charge and out of the multi champion mare Siri Snow Queen II. Real lines include Rustler Charger and Peppers Shamrock. Shelf Life's dam, R and D Devils Daughter, was sired by Nevada Devil Dancer, an Australian National Champion in halter and performance.
Workin' That Magic's dam is Sun Magic, a daughter of The Candy Spot Kid, who was a multi champion in halter and also an Australian champion in cutting. He was by the Grand Champion Performance and Medallion Sire, Sunspot Revel. Further bloodlines include Nevada Little Joe and Revel Junior.

Available for breeding, to all breed stallions. 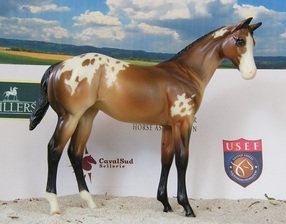 Bright Missy Parker is a beautiful daughter of our own mare, Bigmac's Cover Girl and the great stallion Imaginate. Imaginate was 5 times Grand Champion Halter, and sired several World Champions and Superior Halter horses. He is the best son of the World Champion stallion Image of Stars. Imaginate's grandsire, String Of Stars, was a Bronze Medallion sire and World Champion himself as well. Imaginate's dam, the QH mare Slippertone Dixie, was a daughter of The Intimidator, who holds a ROM in Performance and was a Superior Halter horse as well. Further lines on Imaginate's side include Three Bars, Leo and Skippers King.
Bright Missy Parker is out of Bigmac's Cover Girl, who carries amazing halter lines that include Prince Plaudit, Prince's Macdonald, Skipper W and Pasamonte Paul.
Bright Missy Parker will be a great addition to our program in the future. She will continue the great lines of her dam with added value from other fantastic halter lines.

Currently not available for breeding. We expect to offer Bright Missy Parker to the public in 2017.